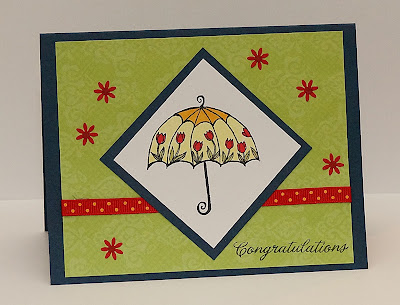 I am a proud member of the Fiskateer community.  Some of us have committed to a group that does card lifting.  Our leader Groovy Deb picks and inspiring card and we lift something from it.  This week we had a card from Angela 3100 that when you open it stars fall out.  I really like that idea.  I used to love to put confetti inside cards and when someone opened it the confetti fell out and of course made a mess.  Due to the mess issue I stopped doing this but Angela's idea of sewing the stars together and making a string of them   is a fabulous idea.  confetti that does not make a mess.

I used this same idea but with flowers.    I glued the string in between two flowers making a sandwich. 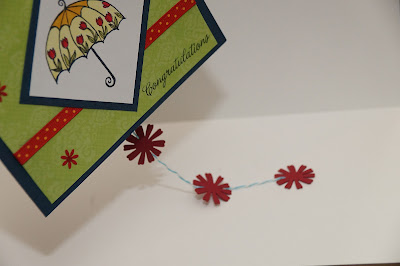 I will be entering this card into the Ribbon Carousel April Challenge. 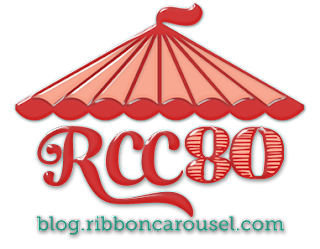 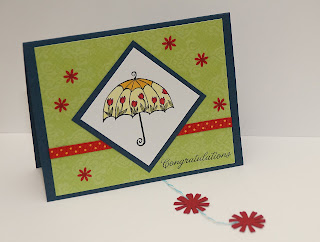